Welcome to our March Newsletter.

We hope you enjoy this month articles. 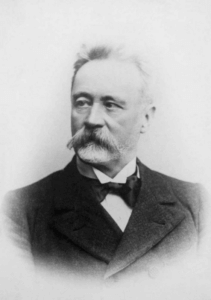 José Curry da Câmara Cabral, known as Curry Cabral, was born in Lisbon on the 4th of May 1844; his father was from Horta, Azores but descended from an English family (his great-grandfather was English and settled in Azores). He lived most of his life in Lisbon. He started his studies in Medical-surgical School, in Lisbon, in 1864 and finished in 1869 with a distinction.

In 1870, Curry Cabral started to work in Saint Joseph’s Hospital as a room emergency surgeon and in 1874 he was promoted to the post of surgeon extraordinary; in 1885 he was given the post of chief of infirmary and in 1900 he became the Clinical Director of the Hospital (Chief Infirmary). During his leadership he reformed the hospital administrative system, which was applied to all the hospitals in the country. He also worked as the head surgeon in other hospitals in Lisbon.

Curry Cabral started his academic career in 1873, when he became the curate of the Anatomy Museum of the Medical-surgical School in Lisbon. In 1876 he started to be a professor of Pathologic Anatomy and later also Surgery.

During his life he published several scientific reports and books. He had an important role in the creation of a hospital for tuberculosis patients and other contagious diseases. This Hospital opened in 1906 and in 1929 was given the name Hospital Curry Cabral in his honour, which is still a hospital today. 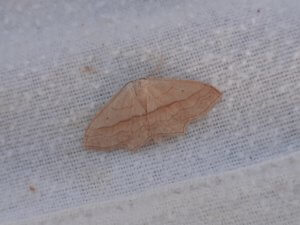 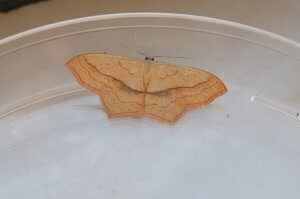 Morphology: It is a macro moth from the Geometridae Family, with a wingspan between 12 and 26 mm. The forewing edge forms a sharp point (like hook) and the hindwings also form a sharp angle in the middle of outer edge (tail); the upper side of the wings have a variable colour, reddish, yellowish or light brown with a more or less dark central line across both wings (looks a continuous line when in rest). Two generations per year (bivoltine). The adults can fly from May to September.

Notes: The larvae is polyphagous and feeds on herbs. This species has been found in some more Northern Regions, probable benefits from global warming. 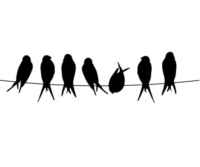 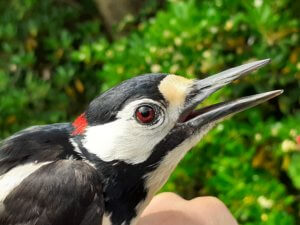 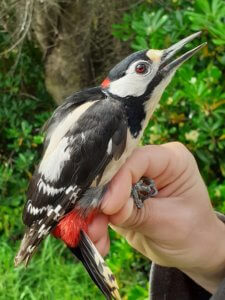 Identification: It is a woodpecker from the Picidae Family, with a wingspan between 38 and 44 cm and 23 to 26 cm in length. The plumage is black with a white patch on the neck and 2 large patches on the back, the cheeks are also white, and the wings are black with white stripes; underneath it is cream and strong red in the cloacal area. The males have a red patch on the nape (absent in the females). Shows a characteristic waving flight and drums, mainly in spring (short and fast).

Habitat and Ecology: Inhabits forests, woodlands (cork oak and pine), orchards, sometimes in parks and gardens. The nest is a hole excavated on trees or wooden poles. Feeds mainly on invertebrates (caught in the trees), but also vegetable matter (seeds, nuts, berries, fruits) or even eggs and chicks.

Distribution: This is a resident bird, occurs in Europe, North Africa and Asia. In Portugal it is present all over the country in wooded areas. This species can be seen almost all the year around in Ria de Alvor.

Threats and Notes: Least Concern (LC) in the International Union for Conservation of Nature (IUCN). In Europe the population trend have undergone a moderate increase. 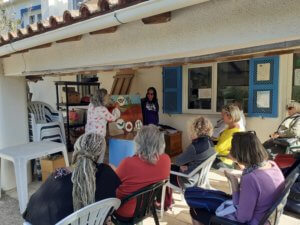 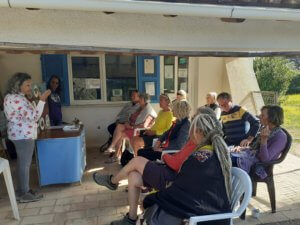 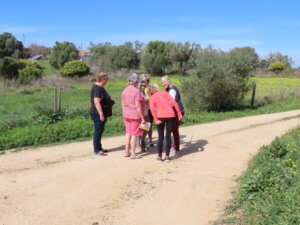 If you are interested in attending put this date in your diary and book on the 1st of April when our next Newsletter is sent. 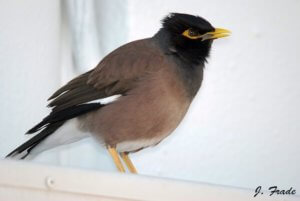 The Common Myna is a small passerine, an Indian Starling. The plumage is dark brown, with white patches on the outer primaries (wings), the head is black, the bill and legs are yellow and it has a bare yellow skin behind the eye. Very loud and noisy bird, especially at the end of the day in the communal roost where they vocalise in unison. Males and females are alike.

This species is native to Central and Southern Asia, occurs in India, Afghanistan, Turkestan, Bangladesh, Sri Lanka and Southern China and Indochina; the native range lies within the tropics and subtropics; prefers warmer climates. Inhabits open woodlands, flood plains, grasslands, cultivated areas, foothills of mountains and urban areas. The diet is omnivorous (seeds, grains, fruits, insects and spiders), they also scavengers (street litter, animal food, roadkill) and can predate the eggs and chicks of other birds; mainly feeds on the ground.

The Common Myna was introduced in several parts of the world; some introductions were deliberated with the intention to provide biological control of insect species, some were accidental as a result from escapes from the caged bird trade. The first deliberate introductions happen in the middle of the 18th century, in some Pacific Islands with the intention to control plagues of Locusts. The species is now present in parts of South East Asia, New Zealand, Eastern Australia, Southern Africa, Madagascar and several Islands in the Atlantic Ocean, Pacific Ocean and Indian Ocean. More recently (2005) was established in Southern France and (2003) Southern USA. In Portugal, this species has been observed only in the Lisbon area, but has not an established population.

In 2000, IUCN (International Union for the Conservation of Nature) listed the Common Myna among the 100 worst invasive species, because its range has increased at a very fast rate. The species is able to adapt to a wide range of climates and habitats, and highly adapted to humans, in some areas it is also considered a pest for agriculture (feeds on seeds and fruits). The Common Myna is a dominant species and it competes with the native fauna for food, nest sites and can spread invasive plants and pathogens.

Identification: It is a biannual herbaceous plant, can grow between 1 and 2 metres in height. The stem is erect and hairy, greenish, sometimes branched; the leaves are alternate, oblong to lanceolate and toothy, and grow at the base. The flowers are yellow and grow along the stem alone or in groups of 3 or 5. The fruit is a small capsule with several tiny seeds. 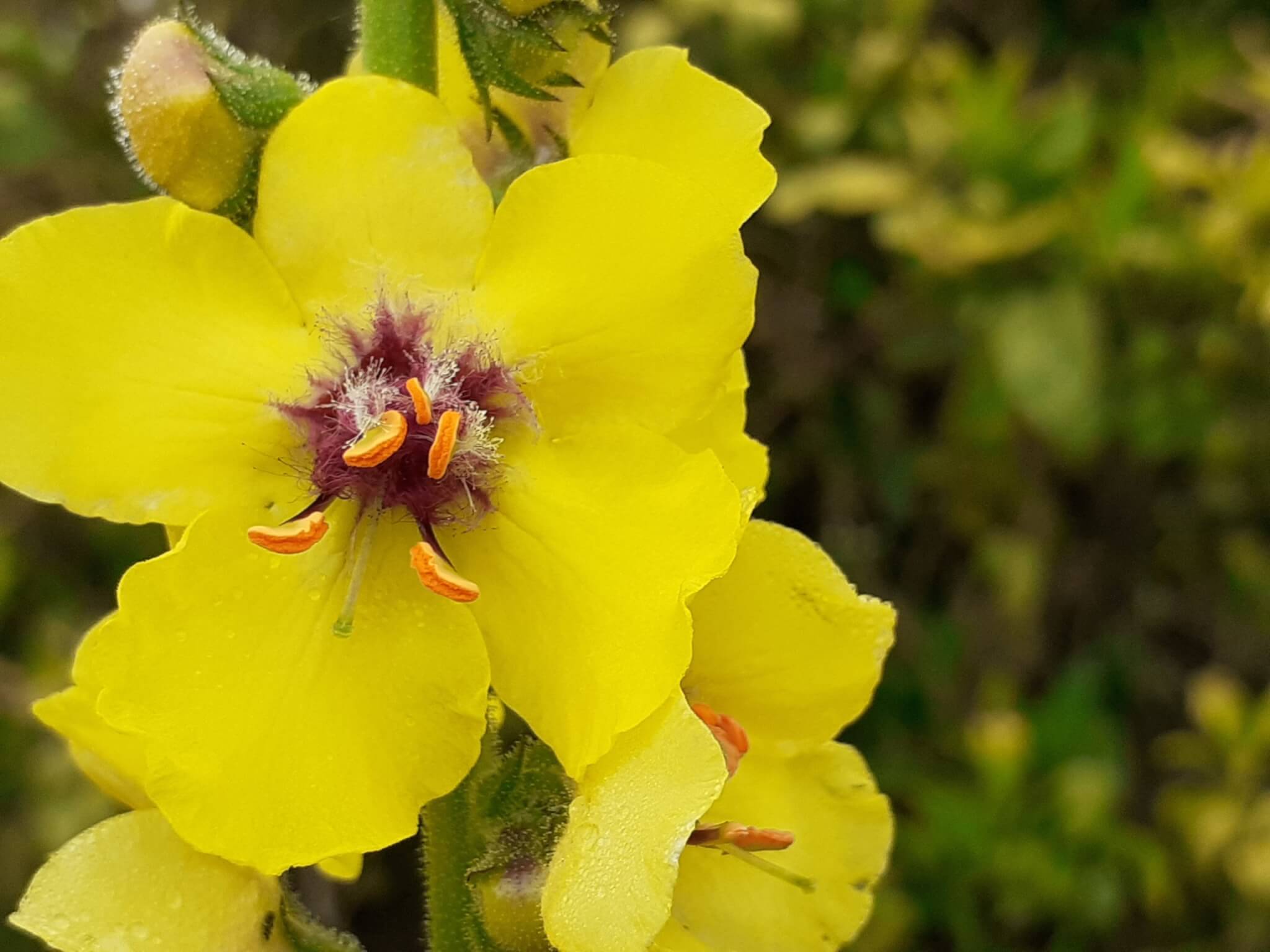 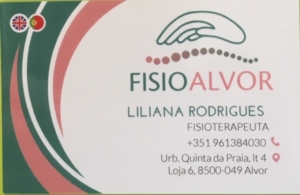 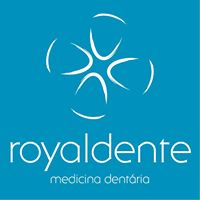 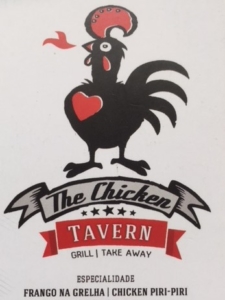 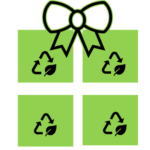 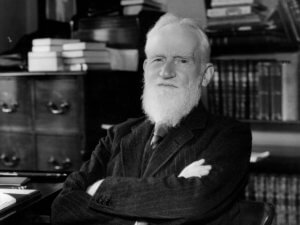 We all love candles, but do we know that some are made of paraffin? 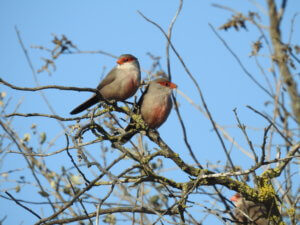 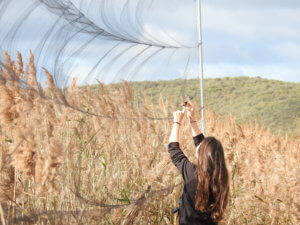 Using the invasion of Europe by common waxbills (Estrilda astrild) as a case study, we assess the predictive accuracy of mechanistic forecasts of invasion risk as well as investigate how functional traits drive the invasion of this highly successful avian invader. To this end, we will test how thermoregulatory capacity affects the invasion success and individual condition of introduced birds. We evaluate the hypothesis that (sub)tropical species such as waxbills are characterized by comparatively low metabolic rates – a key determinant of cold tolerance – and that populations in climatically more suitable areas exhibit better health conditions than populations at the niche margins. We do this by assessing variation in metabolic rates and phenotypic stress proxies such as body condition, fluctuating asymmetry and feather fault bars across a climatic gradient in Portugal.

Text and photos by Marina Sentis Villa (Spanish Student working towards her Doctorship, in Italy)

Drought is a temporary shrinkage of water availability due to short rainfall, it has severe impacts on ecosystems and socioeconomic activities. There can be considered several kinds of drought:

The Hydrological drought is evaluated by the Portuguese Environmental Agency (APA), which monitors 60 reservoirs along the country. According to APA, by the end of January 2022 the storage of water in each hydrographic basin was lower than the average for the same month (1990/91 to 2020/21). 15 of this reservoirs had a water storage below 40% of the total capacity, been one of the worst scenarios in the West Algarve, the Bravura Dam with only 14.4 %.

In the beginning of February, the Portuguese Government gave an alert about drought in Portugal. The scenario is not good; it has been forbidden for the hydroelectric production in some dams in the north and centre of the country and in Bravura dam (Algarve),it  is no longer possible to use water for agriculture purposes. 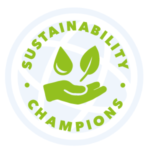 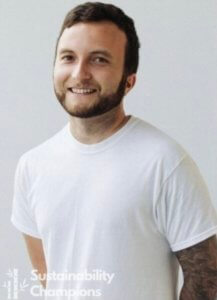 Jamie Sherwood from New York developed a more durable hair tie, diverts 550 million plastic hair ties from landfills and oceans. Millions of people around the world use hair ties, and most all of them are made from synthetic rubber and plastic, harming the environment when they are lost or thrown away. Concerned with the amount of plastic waste he found, Jamie became motivated to create a 100% plant-based, biodegradable hair tie to help both people and the environment. 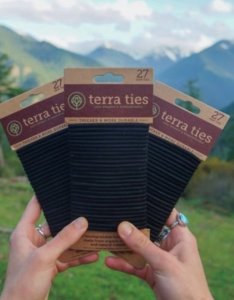 Their packaging is also plastic free and made with 100% recycled materials.  What’s more, these ties are thicker and more durable when compared to plastic and synthetic hair ties, making them more economical and environmentally friendly.  These organic hair ties have helped over 500,000 people shift to zero waste hair care, and have diverted over 550 million of plastic and synthetic hair ties from landfills every year. 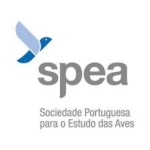 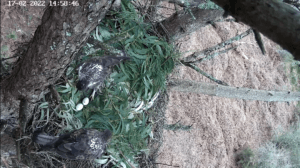 A Bonelli’s Eagle has hatched at Tapada Nacional de Mafra and everyone can watch its development live online, thanks to a webcam installed in the LIFE LxAquila project. The camera was installed by specialised technicians in September, before the start of the breeding season, and will now enable everyone to remotely follow this endangered species’ chick as it grows up.

Coordinated by the Portuguese Society for the Study of Birds (SPEA) and co-financed by the European Union’s LIFE Programme, the LIFE LxAquila project aims to bring together local communities, authorities and specialists to protect Bonelli’s Eagles which, in the Lisbon metropolitan area, live extraordinarily close to people. 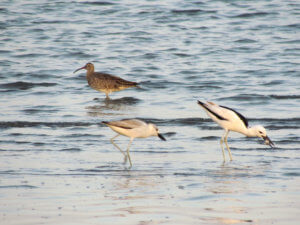 When birdwatchers go on a trip, they have goals, birds they want to see and I am no exception to the rule! In 2019, I had the chance to do some fieldwork in Djibouti. Before the trip, I bought a bird guide for the region and started dreaming about all the species I could see. One of them was the Crab Plover (Dromas ardeola).

As soon as we landed (we left Lisbon in the afternoon the previous day and arrived in the morning), after the visa formalities, we dropped our stuff at the hotel and went straight to the beach, looking for birds. A few minutes after we had arrived, we spotted our first Crab Plover! We returned to that beach every day after fieldwork and always saw them.

In the picture it is possible to see an adult bird and a juvenile (not as colourful). The adult is eating a crab (as its name says). In the background, we can see a Whimbrel, a common species at Ria de Alvor!

Text and photos by Guillaume Réthoré